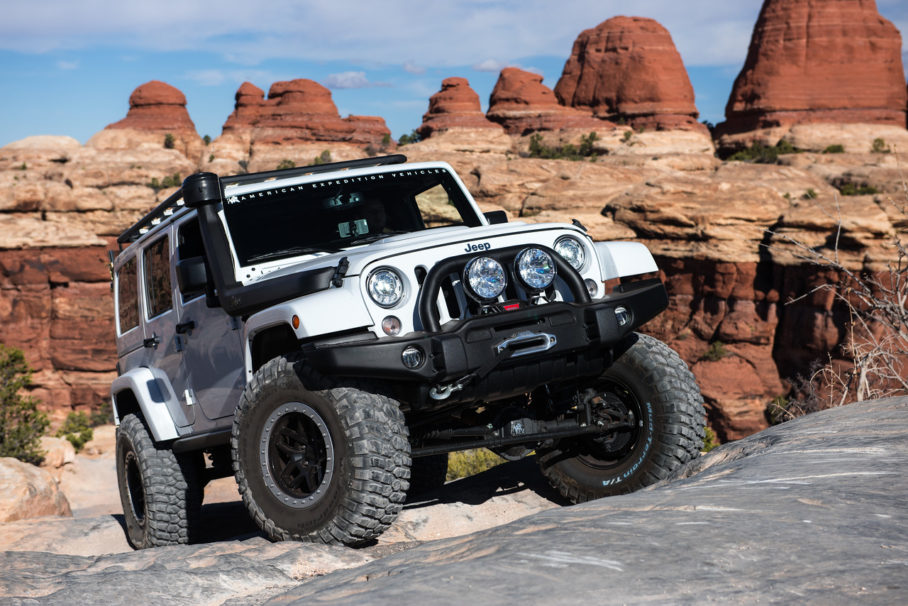 Instantly identifiable on the road or a rocky trail, and for more than five decades a symbol of America’s sense of rugged individualism and freedom, Wrangler is an icon. And yet AEV brings the Wrangler to a whole new level of design excellence and outstanding performance, both on the pavement and as an off-road beast that rises to the most intense trail adventure. From fortified stamped steel front and rear bumpers, to three levels of lift on AEV’s highly-engineered DualSport Suspension, to wheels, and much more, AEV JK packages elevate the Wrangler to something entirely new— a vehicle with show-stopping stance and scale as well as extreme capability in virtually any driving condition. This is the Jeep Wrangler that will truly take you anywhere.